The President reiterated his call for national unity and an end to racial divisions. He said as Guyanese, “we came together as a coalition because we know the dangers of divisions". Before more than 20,000 people who gathered at the National Stadium for his Inauguration, President David Granger gave the commitment to be President for all of Guyana as he encouraged other Guyanese to join him in recognising their duty to the nation and act on that duty.

“You did not let me down and I shall not let you down,” the President said as he wrapped up a more than 30 minute speech that brought the curtains down on the colourful and energetic ceremony.

“This Independence Day opens a new chapter in our nation’s history, the state of our nation today requires vision and leadership,” the President said as he thanked those who helped him secure a victory at the recently concluded elections.

He pledged to use the collective enthusiasm, expertise and experience within the APNU+AFC government to move country forward.

The President reiterated his call for national unity and an end to racial divisions. He said as Guyanese, “we came together as a coalition because we know the dangers of divisions”. 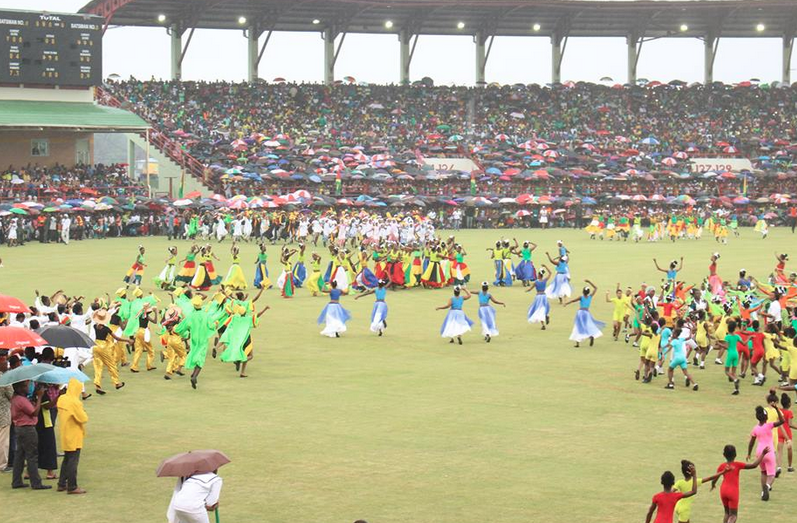 “I know you are a very resilient and resourceful people who are eager to play their part to build national unity,” he added.

Mr. Granger implored that it was time to undo the damage that has been done to Guyana and undertake the task of investing in the economy.

The President regarded Guyana as a great country with beautiful, resourceful and talented people and reasoned that there was no reason for anyone to be poor in such a bountiful country.

To this end, the Guyanese Head of State pledged to do everything within his power to eradicate extreme poverty.

Granger, who is a retired Brigadier and former army commander, said he is committed to make Guyana a safer nation even as he recognized that the surge in violent crimes was scaring away investors and driving away the intellectual elite.

He spoke of the need to bring an end to the disparity that exists between the coastland and the interior and said efforts are afoot to strengthen relations with South American and Caribbean countries. 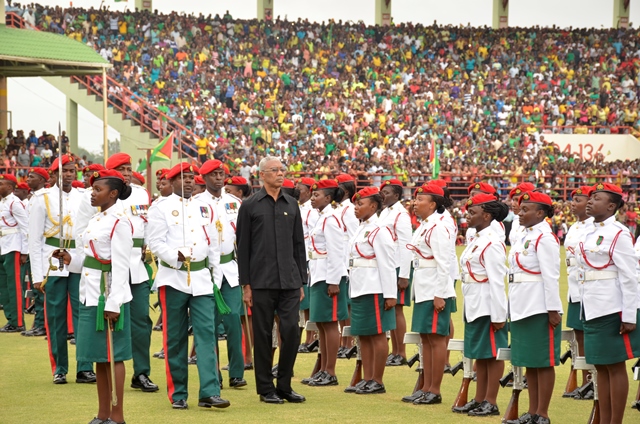 The Ceremony saw the President being officially inaugurated by three indigenous dancers and receiving the official inauguration golden key pin.

Over 500 Guyanese children and youths also took the field of the national stadium in an independence dance display that covered various aspects of the Guyanese way of life.

The event ended with the announcement of the National Awards. Georgetown Mayor and former Prime Minister Hamilton Green topped the list of 54 awardees

He will be conferred with the Order of Roraima for his for his long and outstanding involvement in the struggle for independence and for his role in providing public service for three generations.