Addressing media operatives after the meeting, President David Granger reminded that Guyana and Suriname are the two largest states in CARICOM and pointed out that it is in the best interest of CARICOM that the South American neighbours use every opportunity to deepen integration. President David Granger and his Surinamese counterpart, President Desi Bouterse met this morning met at the Marriott Hotel for discussions pertaining to the strengthening of “ties and friendship” between the neighbouring countries.

Addressing media operatives after the meeting, President David Granger reminded that Guyana and Suriname are the two largest states in CARICOM and pointed out that it is in the best interest of CARICOM that the South American neighbours use every opportunity to deepen integration.

He said the two countries have embarked on engagements and took decisions which will not only “expedite matters previously discussed, but more importantly the plans for the future.”

He pointed out that Guyana remains concerned with economic integration and declared that the removal of any obstacles for that integration remains important.

Meanwhile the Surinamese Head of State noted that as a result of the two countries past collaboration particularly in crime fighting, they have each reaped the benefits. The scourge of piracy which had plagued the Berbice area has now been quelled due to that cooperation. 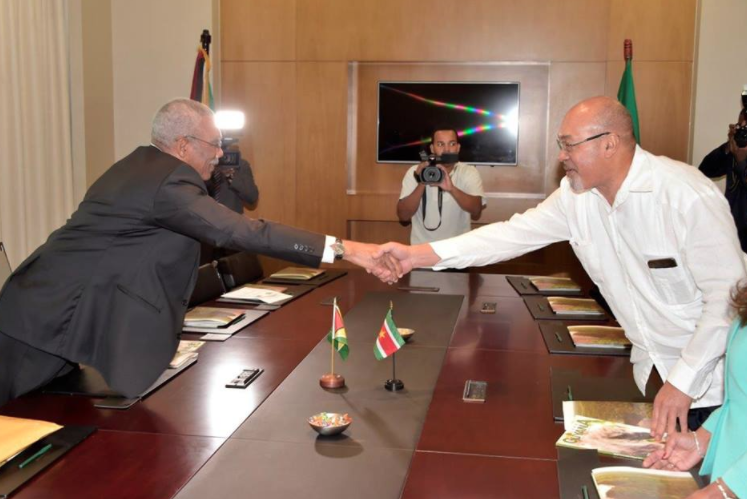 President Bouterse also revealed that he also discussed a number of “small issues” that were affecting the people of both countries and declared that “we” are going back to look for solutions to those small problems.

Possibility of bridging the Corentyne river

Another area that the Surinamese Head of State addressed was the possibility of a bridge being built over the Corentyne river, noting that “both of our countries are interested”.

President Bouterse noted that his government has given an update to President Granger on the history and possibility of the construction of a bridge over the Corentyne.

Bouterse explained that if a bridge is to be constructed, both countries would have to decide that they want it and an agreement would have to be made on the location.

He continued that fortunately there is no conflict between the two countries over the bridge, and revealed that in 2013, the Surinamese government had signed  an MoU with a “large Chinese group” for the construction of the bridge and had received a no objection from the former Government of Guyana.

He continued that a design was made for the bridge, as well as studies “made and paid for”. He noted however there has been no current negotiations over the bridge but pointed out that the Chinese are willing to pay for the bridge, but a feasibility and environmental impact study is first required. 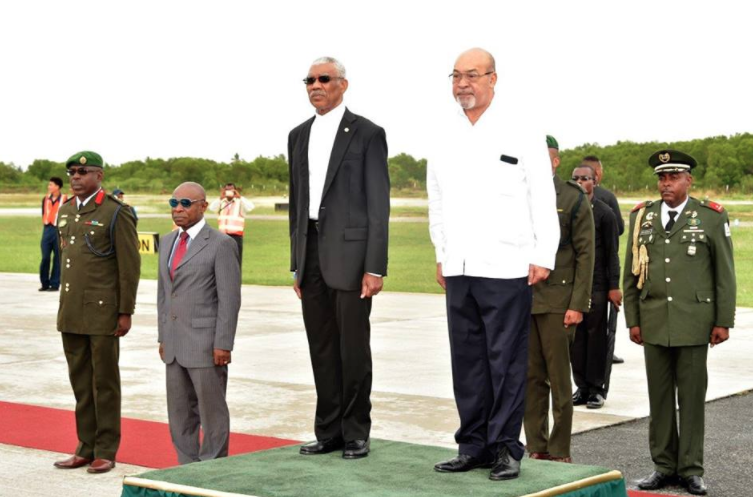 He added that Brazil and the European Union (EU) are also interested, pointing out that “the EU because the integration of South America is attractive to them.”

President Granger when questioned, ceded that the oil and gas sector had inevitably come up, he noted that the matter was discussed since the July 1 meeting.

He explained that since Suriname has an oil and gas sector for some time, “we are confident that we will be able to rely on Suriname in the future” for their expertise and advice.

Another collaboration that came out of the meetings was that the Guyana-Suriname Cooperation Council be resuscitated along with their technical officers.

The officers are to meet and discuss issues in relation to the protection of the environment, agriculture, trade, tourism, investment and cross border activities.