In an Instagram post on Friday, November 22, the young woman posted a photograph of herself with the caption "There is nothing more depressing than having it all & still feeling sad". The day before 21-year-old Roshinee Pagwah took a deadly jump over the Kaieteur Falls, she took to social media to complain about feeling sad although she had it all.

Pagwah travelled from Berbice to take the tour to Kaieteur. Her relatives were unaware of her visit to the area, as she told them she was going to Georgetown to assist a friend with the clearance of a barrel.

In an Instagram post on Friday, November 2o, the young woman posted a photograph of herself with the caption “There is nothing more depressing than having it all & still feeling sad”.

She offered no details behind her depressed state of mind but many of her family and friends did not find anything strange with the post or did not see the young woman acting in any way that would have raised an alarm.

Pagwah leaped to her death over the Kaieteur Falls on Saturday midday while on a tour to the tourist hotspot. Persons who were on the trip were left in a state of shock as park rangers rushed to scramble the woman as she raced towards the edge and jumped over without warning. 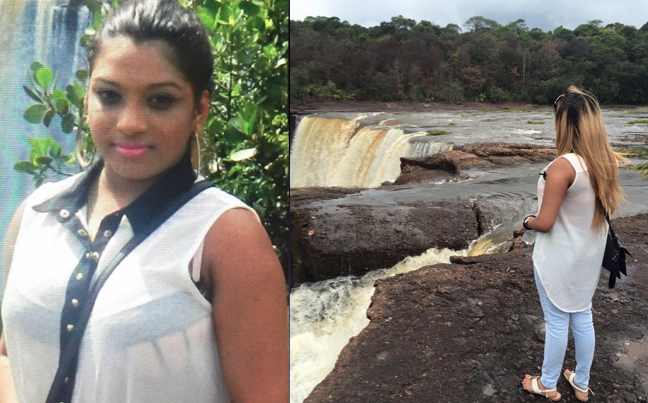 Moments before her deadly leap

The woman’s body was spotted at the bottom of the 741 ft waterfalls on Saturday but eventually disappeared in the roaring water.

She was part of a Kaieteur Falls tour by Roraima Airways.

Video posted by the company on Youtube, showed the woman being the last passenger to arrive at the company’s Bel Air office to pay for her tour and board the bus to the airport. Company officials said she showed no signs that would have raised an alarm.

Captain Gerry Gouveia of Roraima Airways said his son, Jerry Gouveia who overlooks the aviation sector for the company and is a licensed pilot himself, flew the group of tourists to the area and remained with them all day.

He said all protocols pertaining to tours to the site were followed.

Moments before jumping to her death, the young woman posed for photographs overlooking the waterfalls. It was while she was walking back with the group that she made a dash to the edge and jumped over. 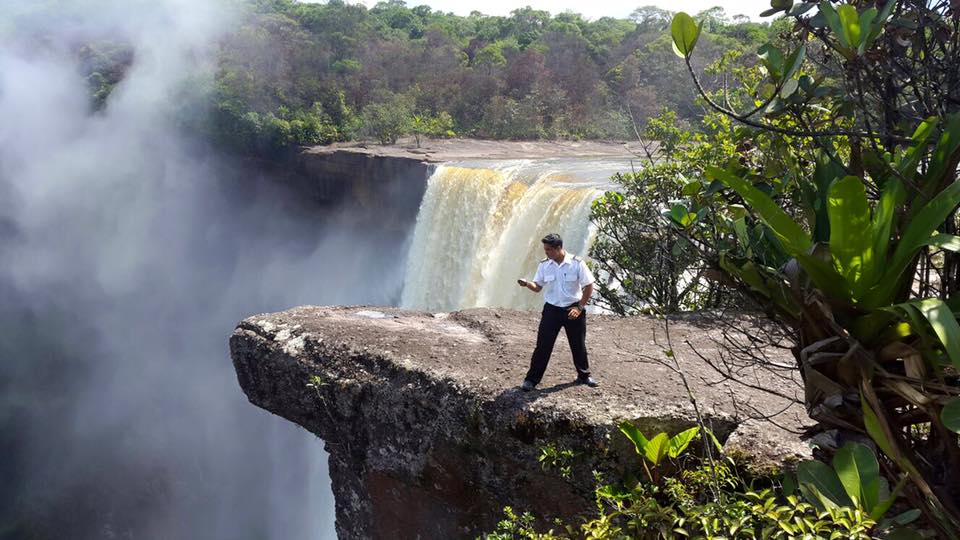 Pilot Jerry Gouveia at the edge where the woman jumped

The incident has once again forced the temporary closure of the site as an investigation has started and moves begin to locate and retrieve the woman’s body. Back in September, another woman jumped over the Kaieteur falls during a tour.

Several tour companies and local airlines include visits to the Kaieteur National Park as part of their tourism packages.

Thousands of persons visit the Kaieteur Falls every year as the country’s premier tourist attraction.