In a statement on Saturday evening, Mr. Jagdeo registered his condemnation of what he called "the scandalous out of court settlement". Leader of the Opposition, Bharrat Jagdeo, is strongly criticizing the move by the Guyana Revenue Authority to settle a multi billion tax case with the Demerara Distillers Limited.

In a statement on Saturday evening, Mr. Jagdeo registered his condemnation of what he called “the scandalous out of court settlement”.

Last week, Demerara Distillers Limited announced that it had reached an amicable settlement with the Guyana Revenue Authority in a 14-year consumption tax feud.

“DDL and GRA were able to recommence negotiations for a resolution of the methodology for a calculation of Consumption Tax (and its successor, Excise Tax), and have now been able to arrive at consensus to fully and finally settle all claims by the GRA and liability by DDL for both Consumption and Excise tax up to March 9, 2016 in the sum of $1,500,000,000 (one billion five hundred million dollars). This sum is payable over twelve months.  DDL, in good faith, very recently effected payment of $100,000,000 (one hundred million) in compliance with the settlement terms”, the company said.

But the Opposition Leader believes that the settlement may have cheated the national treasury out of billions of tax dollars that he maintains was owed by DDL to the state.

“If one were to calculate interest on this sum, at a rate of 10 per cent per annum, using only the past 10 years, the liability would amount to $10.6B.   The GRA assessment of $5.392B was based on a formula handed down by the Courts, but yet DDL refused to pay. This settlement also writes off all possible liabilities in respect of Excise Tax up to March 9, 2016; so if the same situation obtains with regards to the Excise tax, between 2006 and 2016, then the liabilities would run into tens of billions more”, Jagdeo said.

He said the move by the GRA to settle the matter has opened the door for other companies to seek refunds on taxes paid. 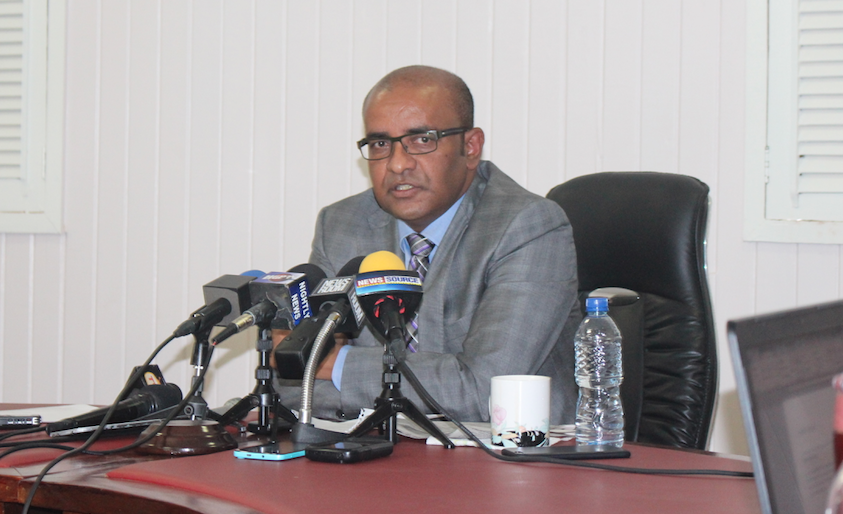 “Management officials from a major local alcohol and beverage producing company have made it clear, in the past when I was President, that the company would be seeking a refund depending on the outcome of the DDL matter.  If this company were to conservatively use DDL’s case to advance a call for a refund of taxes it paid this could result in the treasury balance being further diminished.  Extrapolating, the refund for one company on consumption tax alone could total some $7.6B up to 2006, inclusive of interest.”

DDL had challenged the formula that was employed by former GRA Commissioner General Khurshid Sattaur to arrive at the $5 billion figure.

The company reminded that in February 2005, the High Court  found in favour of DDL and an appeal by the GRA was unanimously dismissed by the Court of Appeal.

DDL Chairman Komal Samaroo said that “DDL was always committed to a resolution of the matter with the GRA despite the many failed attempts at settlement.” The Chairman added that, “DDL was pleased with the enlightened approach adopted by the GRA in December 2015 which recently culminated in the settlement of the matter between the parties.”

However, the Opposition Leader and former President maintains that the settlement, as well as the possibility of other companies seeking refunds, could cost the State billions in revenue dollars – “billions that could have been used in areas that the APNU+AFC Coalition told the nation they could not afford to fund.”