The President told the Parliament that Venezuela’s aim has been to obstruct Guyana’s development in spite of the "so-called bilateral dialogue". President David Granger on Thursday told Guyana’s parliament that “border takes first place” and Guyana will continue to stand firm in defense of its territorial integrity.

In an address to the Parliament with both sides of the House present, the President said Guyana has always addressed the border issue respectfully without confrontation. He said “Venezuela’s claim that Guyana is an aggressor defies logic and plain common sense. Who is the aggressor? Who owns the corvette?”

According to President Granger, “Venezuela’s fear is that, once a juridical process could prove that its contention that the Arbitral Award of 1899 was a nullity was proven to be baseless, its fifty-year strategy of attrition aimed at gaining territory from Guyana stands in jeopardy of the prospect of collapse.”

He said Guyana will continue to push for a juridical settlement. 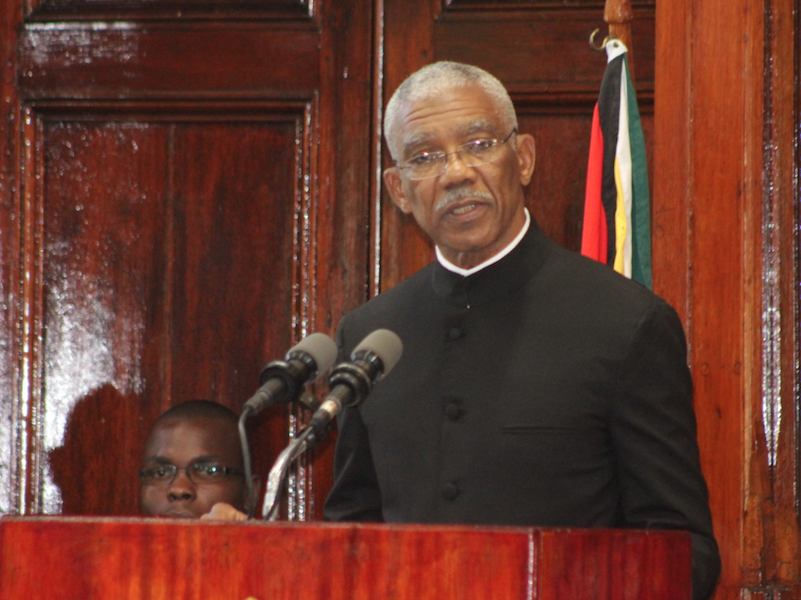 President Granger reminded that Venezuela’s claims are not only illegal but that they are injurious to the economic development of Guyana.

The UN has since dispatched investigative teams to both countries. But President Granger told the Parliament that Guyana needs to move on with its economic development.

“Venezuela, therefore, must desist from hindering our economic development in an obtrusive and obstructive manner that is tantamount to interference in our internal affairs. It must desist from threatening investors who have a legitimate right to pursue their activities in our territory”, he said.

The President told the Parliament that Venezuela’s aim has been to obstruct Guyana’s development in spite of the “so-called bilateral dialogue”.

“Guyanese deserve to enjoy the God-given rights for which their ancestors struggled − their land, their liberty and their livelihood − so that they can all have a good life. It is their birthright”, President Granger affirmed.