The youths who range from age 14 to 18, touched down at New York's JFK Airport and were welcomed by another youth group in the area and the Guyanese woman and her partner who led the way in ensuring that their participation at the event. A group of 18 teen athletes and their coaches from the Fort Wellington Secondary School in Berbice, arrived in New York this morning to participate in the Penn State relay meet, thanks to the work and support of the Jamaican team at the event and Fly Jamaica Airways, which is owned by Guyanese.

The youths who range from age 14 to 18, touched down at New York’s JFK Airport and were welcomed by another youth group in the area and the Guyanese woman and her partner who led the way in ensuring that their participation at the event.

The Penn relay festival is the oldest and longest running track and field meet in the United States.

When Guyanese born NYPD Officer and former track and field athlete, Tanya Barry saw the talent of the Fort Wellington School athletes she started a drive to get them to the United States for the big athletics meet. But her efforts appeared as a solo effort being supported only by her boyfriend and very few others.

The youths ran into more hurdles than expected when they tried to get the support of the Government of Guyana through the Department of Sport in the Ministry of Eduction. 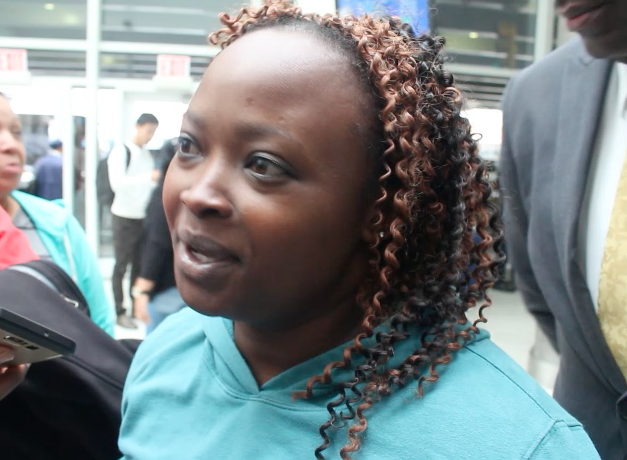 The coach for the team, Keisa Burnett, said she made several efforts to get the Department of Sport to support the youths but those efforts failed. She said after she forwarded information and letters of participation to the Director of Sport, she was told that the Department would only be able to assist with the purchase of two airline tickets for the group of 18.

By the time, Fly Jamaica jumped onboard and offered huge discounts on the ticket, the Department of Sport pulled back the offer and it was the organiser of the trip, the NYPD Officer, who was forced to add some of her own money to assist in the purchase of the discounted tickets.

The Jamaican relay team that is participating in the event has decided to take care of most of the travel and accommodation for the team during their visit at the relay festival. Additionally, after learning of the team’s many hurdles, Captain Gerry Gouveia and Dynamic Airways have offered additional support to get the team around New York and to and from the race meet in Pennsylvania.

The coach said the team is happy to be in the US for the big race meet despite the many disappointments they faced on their way. She was loud in praise for Fly Jamaica Airlines and its Director Roxanne Reece and also sang the praises of the organiser of the trip, NYPD Officer Tanya Barry. A number of Guyanese owned businesses in the New York area have also decided to step forward and offer assistance.

Its a first trip to the United States for the youths and they all appeared eager to showcase their talent at the weekend sport event. They will head back to Guyana next week.