Anxious relatives were teary-eyed as the first flight with Guyanese evacuees from the hurricane beaten  of Tortola touched down at the Eugene Correia Airport, Ogle on Monday night.

Ten passengers made the three hour flight to Guyana. They were met on their arrival by Minister of State, Joe Harmon, Minister of Citizenship, Winston Felix and officials from the Civil Defense Commission.

Fighting back tears, he recalled the horror of the hurricane and told reporters that he and his family were forced to seek refuge in a bathroom as the hurricane ripped through their home. His father had decided to ride out the storm at the family’s business place. That decision proved fatal as his body was discovered in the store when the storm ended.

He said all that is left in Tortola is devastation and residents did not expect the storm to cause all the havoc that he did.

The government has committed to bringing home the body of Derek Ragnauth for burial. The son said he is pleased with that assistance since the family wants the father to be buried in his homeland. 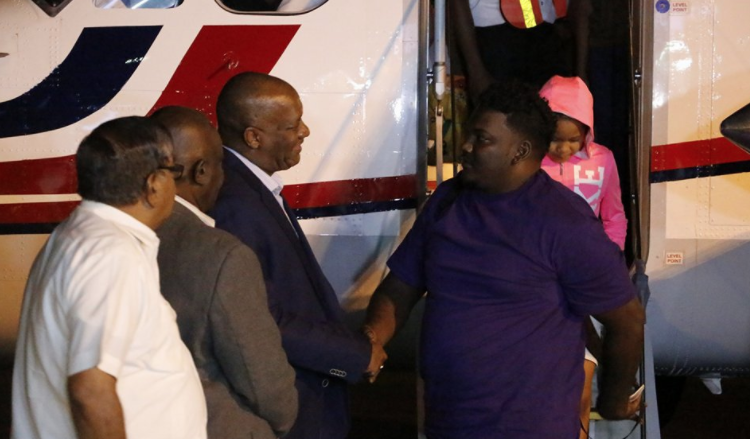 Most of those who arrived last evening were children. They appeared tired and weary as they walked off the aircraft and were ushered to a special immigration area for processing.

A grandmother, who was at the airport to pick up two of her grandchildren, said she was happy to welcome them home. She hugged her grandchildren and kissed them repeatedly as they emerged from immigration.

She explained that the parents decided to stay behind but intend to travel to Guyana later. Another woman who was at the airport to pick up a relative also said she is pleased with the effort to assist those Guyanese nationals affected by the storms.

Minister of State, Joe Harmon, said the Government will be doing all that is possible to bring those Guyanese home, once they agree to evacuation. 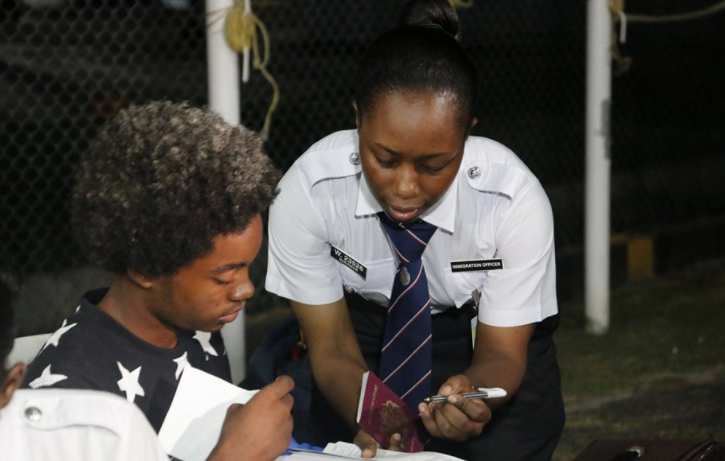 He noted that most of the evacuees will be staying with their relatives, but for those who may not have been able to locate relatives, the government will provide accommodation for them. Minister Harmon said the government wants to ensure its citizens are taken care of and given a warm welcome.

The Ministry of Citizenship have special desks set up at the airport to assist those persons who would have misplaced their birth certificates and other important government documents during the hurricanes.

Today, a number of flights will be heading out to St. Maarten and Tortola to bring home other evacuees. On Saturday, Roraima Airways brought a family of three persons from Dominica. Other flights are also expected to bring Guyanese home from Dominica.

The evacuation move is a collaboration between the Guyana government and the local airlines.

This aircraft can accommodate 14 passengers with 20lbs of luggage each.

Passengers are allowed 20 lbs each.

Persons who have registered with Mrs Kim Lucas Felix will be given first preference.